Developer says pushing the open-world zombie game to next year will help the game realize its full potential.

Deep Silver on Thursday announced that its open-world zombie game Dead Island 2 has been delayed out of 2015 and into next year. The reason? Deep Silver wants to make a game that's true to their vision. This process is taking longer than previously expected.

"We have always set ourselves a big goal for Dead Island 2: to create the sequel that takes Dead Island to the next level. A game that takes what our fans tell us they love about Dead Island--multiple different characters to play with, co-op, and turning a paradise setting into a zombie slaughter melee--and a game that adds a ton more content and combat options on top of that," the studio said on Twitter.

"And we wanted to have all of that that done for release in spring 2015. We have been looking at the game long and hard, and we have decided we didn't reach that goal we set out to achieve quite yet. This is why we have decided to delay Dead Island 2 to 2016."

"Right now we are focusing purely on development, and we will have more info to share at a later stage. We know that our fans will be disappointed by this news, but by giving Dead Island 2 more time we are confident that everyone will get a better game to play as a result."

Unlike the original Dead Island (2011) and sequel Dead Island Riptide (2013), which were developed by Polish studio Techland, Dead Island 2 is currently in production at Spec Ops: The Line studio Yager.

Dead Island 2 is not the only new Dead Island project in the works. There is also the MOBA Dead Island Epidemic (available now in open beta) and a Dead Island movie, which was recently resurrected.

Dead Island 2 was officially announced during Sony's E3 press conference last summer for PlayStation 4. The game is also coming to Xbox One and PC, but its beta will be held first on PS4.

The game will feature melee combat, role-playing game elements, and "never-before-seen" handcrafted weapons, according to Deep Silver. In Dead Island 2, which is powered by Unreal Engine 4, you'll visit places like the Golden Gate Bridge in San Francisco and Venice Beach.

For a closer look at Dead Island 2, check out the images in the gallery at the bottom of this post.

Dead Island 2 isn't the first big-name game to get pushed out of 2015. Others include The Legend of Zelda Wii U, Uncharted 4: A Thief's End, and Homefront: The Revolution. 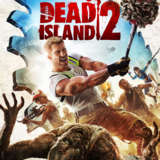