It's time to get acquainted with some brand new weapons, biomes, and enemies.

It's time to get back into Motion Twin's punishing roguelite Dead Cells with the release of the Fatal Falls DLC across all platforms for $5. The DLC adds two new mid-game biomes to mix up your runs, a new boss, a bunch of new enemies, and plenty of new items and weapons to play with.

The update adds a "cute but deadly" pet sword who can be seen in the animated trailer for Fatal Falls, though the new content doesn't stop there. The two new mid-game biomes are The Fractured Shrines and The Undying Shores, which parallel original game biomes Stilt Village, Clock Tower, and Time Keeper. As well as the flying sword, seven new weapons have been added including Lightning Rods, Ferryman’s Lantern, Scarecrow’s Sickles, Iron Staff, Snake Fangs, Serenade, and Cocoon.

Eight new enemies have also been added to terrorize you, including the Myopic Crow, the Clumsy Swordsman, and the Compulsive Gravedigger. Also appearing in the trailer is the DLC's new boss, The Scarecrow.

The new expansion is Dead Cells' second paid DLC, though Motion Twin regularly add free updates to the game as well. The first DLC The Bad Seed is on sale now for the first time ever, now priced at $3.50 or 30% off its original price. The base game is 50% off, while the Fatal Seed Bundle, which wraps up all the game's content plus the two additional DLCs, is 30% off.

As mentioned on Motion Twin's Twitter, there have been issues with the DLC on some platforms. While the PC issues should be resolved now by following these steps, some issues still remain on Steam for Mac, with Motion Twin promising to come back to look at it in the morning. Issues have also been reported on Xbox, with Motion Twin asking players to report problems to Xbox Support so the studio has more data to work with. 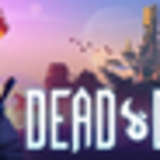