Players will be able to encounter time-twisted characters in the latest DC Universe Online episode.

DC Universe Online's next free episode will explore one of the biggest reality-altering events that shaped DC Comics for most of the 2010s. Flashpoint, a world where the Flash traveled back in time to save his mom and ended up dooming the planet instead, will see time-twisted versions of DC characters battle one another during key moments of the storyline that eventually led to the creation of the New 52 continuity.

Whether you're playing as a hero or a villain, the reward for surviving encounters with darker versions of Batman, Aquaman, and Wonder Woman is a boss fight with Flash villain Heat Wave and a chance to earn gear inspired by the pyromaniac. Superman's nemesis Doomsday will be roaming the open world and can be challenged as well.

According to a post by Dimensional Ink Games' senior community manager Ted Stone on the PS Blog, DC Universe Online's adaptation of Flashpoint drew inspiration not only from the main series but also the tie-in Wonder Woman and Batman comic books.

The episode also features event-level versions of the content that every player at level 15 and up can participate in, which doesn't take too much grinding to reach. World of Flashpoint will launch on April 15, 2021, and just like the base game itself, it'll be free for everyone.

The free-to-play MMO for PS4, Switch, Xbox One, and PC is expanding soon with Birds of Prey content on April 16, which will take the form of an in-game episode where players have to track down a deranged Lex Luthor alongside the Birds of Prey team of Black Canary, Harley Quinn, The Huntress, and Poison Ivy.

DC Universe Online first launched in 2011 for PC and PlayStation 3 and has since made its way to modern systems, becoming the first MMO on Switch outside of Japan. 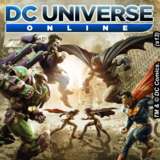