[CORRECTION:] This story originally reported that Day 1 Studios had laid off approximately 95 percent of its staff. GameSpot's source has clarified this information, saying the 95 percent figure pertains to the Silent Scope team, and not the entire studio. A significantly smaller team remains at work on a second in-development project.

The original story can be found below.

The sun has set on Day 1 Studios. Today, GameSpot learned that the company has laid off approximately 100 employees--or 95 percent of its staff--as it winds down operations in preparation for closure.

A source told GameSpot that the Chicago-based studio's collapse came as a result of losing its publishing deal with Japanese publisher Konami. Day 1 had been at work on a new installment in Konami's classic arcade shooter Silent Scope, a franchise that has not seen a new installment since 2002's Silent Scope 3 for the PlayStation 2.

Day 1 was founded in 2001 by ex-FASA Interactive veteran Denny Thorley and Microsoft Game Studios' TJ Wagner. Out of the gate, the studio scored a hit with 2002's MechAssault for the original Xbox. After a MechAssault follow-up in 2004, the studio created the original property Fracture for LucasArts and then took over for Monolith on Warner Bros. Interactive's F.E.A.R. 3.

Neither Day 1 Studios nor Konami had returned GameSpot's request for comment as of press time. 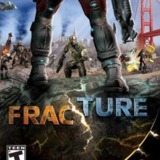