Majesco reveals that it will publish David Beckham Soccer in North America.

Majesco has announced that it has secured the publishing rights to David Beckham Soccer, which is currently in development for the Xbox, the PlayStation 2, the PlayStation, the Game Boy Advance, and the Game Boy Color. The game will include more than 200 international and club teams, as well as a variety of modes. The game will feature a season mode that allows players to play through five full seasons, a variety of special arcade modes, and a mode in which players will be able to take part in a series of training tests devised by Beckham.

The Xbox version of the game will feature stadium-builder and create-a-player modes not found in any other version of the game. David Beckham Soccer is scheduled for release in time for the 2002 World Cup, which begins on May 31. 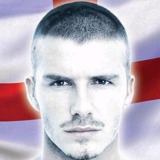