Darkest Dungeon 2 Beginner's Guide - What To Know Before You Start

The sequel to Darkest Dungeon takes you out of the depths and onto the road, and its new mechanics are going to test your team's abilities and resolve.

As a text block notes at the start of Darkest Dungeon II, this is a game that's all about making the best of a bad situation. And yeah, situations are going to get bad as you and your carriage full of heroes travel across the world, hoping to fight back the darkness that threatens to envelope it. You might be your own worst enemies, though, as the stress and fear of the endeavor can quickly turn your characters against one another.

Understanding how all the elements of Darkest Dungeon II work is integral to making your way through the roguelike sequel, but while there are plenty of tutorials, they're thin on giving you practical advice to keep your runs from degrading into chaos. Here's everything you need to know to get started in Darkest Dungeon II, from managing your characters' relationships, to outfitting your carriage, to finding an advantage in a doomed situation.

In the original Darkest Dungeon, often the toughest thing to deal with was the psychological strain your characters would undergo as they fought cosmic horrors and watched their friends die horrifically in the depths. The Stress mechanic is back in Darkest Dungeon II and it's even more meaningful this time around. Each character's stress is expressed in a white meter beneath their health, and it increases as things get scarier and situations get more dire. You're never going to be able to manage Stress perfectly, but you want to try to do everything you can to keep character Stress as low as possible.

When a character's Stress maxes out in battle, they'll suffer a debilitating Meltdown, which wrecks their health bar and causes them to take on new (usually bad) traits, called Quirks. You want to avoid Meltdowns at all costs, if you can, because they not only damage individual characters, but their relationships with each other as well. If a pair of characters develop a negative relationship, that relationship will continue to have painful effects during battles, because characters will needle each other, shut down one another's ability to help the team, add Stress to one another, and even give each other debuffs. A lot of bad things cascade from Stress, so keep items such as Laudanum handy to manage it between stops at inns.

Check Your Route And Plan Ahead

Everything in Darkest Dungeon II is about hoping for the best and planning for the worst. The game's loop has you venturing through various worlds in an attempt to reach the big mountain in the distance--the source of the evil that's overtaking the world. Choosing your route and outfitting your characters for the journey is about the best you can do to try to keep everyone alive. Before you set out (and also whenever you need to during the course of your journey), make sure to head to each of your character sheets and equip whatever Trinkets you have, as well as Combat Items for your team. You never want any of these three spaces to be blank if you can help it.

Which Trinkets and Combat Items you throw on depends on where you're headed, and you can choose your path to the next inn before you leave the one where you're currently resting. The paths will give you a sense of what you can expect, including the kinds of attacks you'll face. If a location is heavy on Fire attacks, for instance, you'll want to equip your team with Trinkets that increase your Burn resistance and Combat Items that can help you heal those kinds of injuries. Just make sure that everyone always has Combat Items equipped generally, because you're going to want as many healing items on-hand as you can get. Don't be afraid to use them, too--your inventory will quickly fill with more items than you can hold.

Every time you hit an inn, the evil in the outside world, or Loathing, increases. The Loathing stat is tracked in the top-left corner of your screen. The buildup of Loathing as you play can have serious detrimental effects, like increasing the likelihood that you'll run into battles between stops on your runs, and making your Hope torch run out more quickly, which adds Stress and gives enemies buffs while your team receives debuffs. You can lower Loathing, however, and you're going to want to do so early on when you start on a road. Seeking out and winning any battle encounters on your map, like Lairs or Cultist fights, will lower your overall Loathing. The Loathing level stays down until you hit an inn, so if you can fight some battles early, you can cut down on Loathing and its negative effects until you reach the next inn. It'll help you survive longer and keep your team healthier, so make sure you don't just avoid fights the whole time you're traveling.

Try To Tune Your Relationships

In addition to Stress, the way your characters relate to each other is a major mechanic in Darkest Dungeon II, and your characters hating each other can ravage a run. As you take actions in the game, you'll notice when characters encourage or antagonize each other. Keeping Stress down is the best way to keep the team from going after each other, but that can be tough to do.

It's tough to gauge just what will trigger negative reactions from characters all the time, and Meltdowns will damage even the best of relationships, so Stress management is critical--in a lot of cases, it's a more important stat than Health. Let things get too negative, and your characters will become antagonists for each other, causing them to pick on one another in battle and drive up Stress and adding debuffs to one another. You're going to get negative relationships regardless, but paying some attention to your characters' interactions will help you cut them some. Make sure to make the most of your time in inns, as well, and use any and all Inn Items that might improve the situation between hostile characters. You should also boost the Plague Doctor's "Ounce of Prevention" ability with a Mastery point as soon as you can--it'll give you a quick way to reduce the Stress for your entire team during battles.

Use Hospitals To Ditch Bad Traits

Another location you want to routinely seek out is the Shrine of Reflection. These places give you a chance to dig into the backstories of your characters, unlocking chapters that explain where they came from and how they became a member of your world-saving party. Some of those chapters require you to fight (and win) special battles, such as the one concerning the Highwayman's jailbreak. Others will just give you a little lore and some rewards without any effort on your part. Either way, stopping by these Shrines and advancing the stories of your characters is always worthwhile, as this is one of the major ways your progression in Darkest Dungeon II carries over between runs.

It seems that every time you clear a chapter in a hero's story, you unlock new abilities for them, as well as Mastery points that can make them more powerful. Those abilities are maintained between runs--once your Highwayman gains the Point-Blank Shot, for instance, you keep it for future attempts to reach the mountain. So check your routes and try to plan to hit Shrines of Reflection; they're worth the early investment.

You Can't Keep Everything

As you venture through different levels, you'll gather all kinds of loot, including Trinkets for your characters, provisions to keep everyone fed between inns, Combat Items you can deploy in battle, and Carriage Upgrades that can increase your inventory or make your scouting more effective. Even with inventory enhancements, though, you're going to quickly find that if your inventory fills up, your carriage will be over-encumbered, and you won't be able to drive forward anymore.

It's a good idea to learn the lesson early: You can't keep every piece of loot you find. Quickly start prioritizing the important things, including currency like Relics, healing items, and Stress-reducing items, over extra Trinkets and things that are less useful immediately. You can dump items you don't want to keep by holding Shift while clicking them, and you shouldn't be afraid to throw stuff out--you're going to get more. You can also mitigate the inventory issue by equipping items to your characters and using up Combat Items so they don't linger in your inventory. It's also a good idea to use most or all of your Inn Items, apart from food, before you leave one. You're going to need the space, and you're going to find lots of other stuff along the way.

Darkest Dungeon II is a roguelike, so expect to meet your end plenty of times as you make your way to the mountain. In fact, if things look dire, it can be good to embrace death. Dying and bringing a run to an end earns you points that increase your Profile rank, the number in the corner of your screen that marks your overarching progress. Raising your Profile ranks unlocks lots of new items you can find on your next run, while also unlocking new characters for you to use in your party. Having more characters doesn't just give you additional options for your party makeup--it also gives you reserve soldiers who'll get added to your team should one of your squad fall in battle (provided you make it to the next inn). So yes, it's a good idea to get as far as you can on a run to earn more points, but don't worry too much if things go badly; the sooner you die, the sooner you'll reap the rewards on your next run. 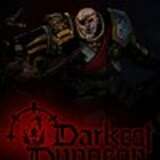