But better matchmaking will take some of the sting away, says Dark Souls II producer.

Dark Souls II looks set to change tack on one of the series' fundamental principles: players will be able to have their world invaded even while hollowed.

In Dark Souls, and Demon's Souls before it, players could only have their game invaded by others, or take part in co-op activities, when in a 'human' state. After being killed in this form, players would be stuck in an undead state, known as hollowed, until certain requisites were met. This gave players that didn't want to participate in PvP or online features a chance to dodge potential invasions.

Developer From Software has now confirmed to OPM, however, that even hollowed players can be invaded in Dark Souls II. Uh oh.

Producer Takeshi Miyazoe says the game will be balanced in other ways, however, including a new covenant that essentially acts as a makeshift police force. “Before, the matchmaking was based upon player level,” he said. “That will remain, but we also want to focus on how much time you’ve played the game."

"Also, there will be penalties for players who invade, but still lose. There are risks. And there will be ‘policemen’ against invaders and a ransom system where if you constantly invade or kill NPCs there will be motivation for summoned players to go after you.”

While the game's new covenants can allow for acts of heroism and general goodness, some of the new covenants will appeal to those who want to be naughty. The Brotherhood of Blood, for instance, gets gifted more capability to invade others.

Dark Souls II's soapstones have also been reworked slightly, with time limits depending on size of the stone--a Large White Soapstone will exist across the network for much longer than a small one.

From Software has previously said that Dark Souls II will run on dedicated servers, rather than the peer-based matchmaking of the original Dark Souls, which should hopefully accommodate the sequel's increased focus on all these interpersonal hijinks.

Dark Souls II will be released for PlayStation 3 and Xbox 360 on March 11. A PC version is also in the works. 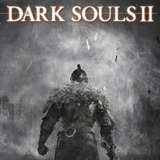 There are 559 comments about this story
Load Comments (559)