Players can experience two story missions and several side missions in the early build of the Dark Arthurian fantasy.

After a slight delay, King Arthur: Knight's Tale has entered Steam Early Access on PC. Described as a hybrid between turn-based tactical games and more traditional character-centric RPGs by its developer NeoCore Games, King Arthur: Knight's Tale also has a darker spin on classic Arthurian mythology as players lead Sir Mordred in a quest to gather the Knights of the Round Table and rebuild the kingdom of Camelot.

The Early Access version of the game currently includes features from the very beginning of the campaign, including two story missions and several side missions, seven playable heroes from four different classes, a level cap of 5, and some of the Camelot management mechanics. Inspired by games such as XCOM, King Arthur: Knight's Tale also focuses heavily on managing your heroes, their skills, and growth.

A permadeath system places a strong focus on not only fine-tuning each hero so that they can survive each battle, but their loyalty can shift during the course of the game, possibly even deserting your group and eventually turning against you.

When the full game is out, NeoCore says that it'll have 20 story missions and various side quests that take place across a wide variety of fantasy environments that were built by using photo-scanned environments.

There'll also be several enemy factions, more than 50 types of enemy units, and 10 boss fights to prepare for, while endgame content will pave the way for a massive showdown against Balor, the monstrous god-king of the Fomorians. For a more visual idea of what to expect, you can check out the trailer above or you can read through our King Arthur: Knight's Tale interview to discover how NeoCore plans to turn the idea of chivalry on its head. 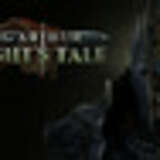