Danganronpa will be making its way to the PlayStation 4 for the first time.

Spike Chunsoft has announced Danganronpa 3 for the PlayStation 4 and PlayStation Vita. The game was revealed during Sony's pre-Tokyo Game Show PlayStation conference, although no further details were unveiled.

Developer Spike Chunsoft promised that the game would be "something you will never imagine," and that more details will be unveiled "soon.

The most recent game in the Danganronpa series, Danganronpa 2: Goodbye Despair, was positively-received in GameSpot's review, praised for its interesting cast of characters and well-paced story. The game was originally released for the PlayStation Portable exclusively in Japan, but was eventually launched in Western territories for the PlayStation Vita. 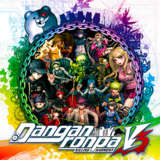