If you happened to miss the climax of the Last Commander Standing Tournament, you can now download a full replay of the final battle. In addition, the Half-Life 2 mod Dystopia received client and server updates, and new maps for Counter-Strike: Source and Unreal Tournament 2004 have been posted alongside patches for Warhammer 40,000: Dawn of War and Conquer Online.

Know about a cool file that we don't have? Send us the link! 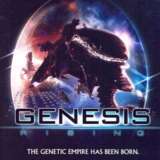