The Switch mech game has passed the first anniversary of its release, and everyone gets a present.

Daemon X Machina released in September 2019 for Switch, and has now, in November 2020, released its first anniversary update. No judgement here--time has stopped making sense this year--but the good news here is that everyone who owns the game can access some free content.

Daemon X Machina is also available on PC, and both versions have received an update.

In celebration of the 1-year anniversary of #DaemonXMachina, the game has been updated to Ver 1.4.0! Check out new content, including items for the appearance of your Arsenal, suits for Outers, and a mission where you can obtain new equipment. pic.twitter.com/mUMvfB8sJ1

The first anniversary update, version 1.4.0 on Switch (1.0.2 on PC), comes with numerous cosmetic elements, and one bonus mission, which lets you battle Eclipse Q, a powerful enemy that will grant you a new blueprint for an Arsenal if you defeat it.

Here are all the freebies added in this update, via Nintendo Life:

Daemon X Machina earned a 7/10 in GameSpot's review of the Switch version. "The missed potential of the story and minor issues with mech-vs-mech combat and multiplayer loadouts make Daemon X Machina fall just short of its potential, but the foundation is strong," wrote reviewer Steve Watts. "As a total package, it’s on the verge of greatness; it just needed a little more time in the shop tinkering." 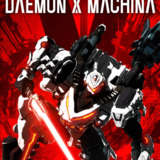