Unless you&#39;re watching the Cartoon Network on Friday nights, Ben 10 Alien Force: Vilgax Attacks and The Secret Saturdays: Beasts of the 5th Sun are probably not going to mean much to you. But chances are that you&#39;ve at least heard of Astro Boy, given that the movie is set to hit theatres...

Unless you're watching the Cartoon Network on Friday nights, Ben 10 Alien Force: Vilgax Attacks and The Secret Saturdays: Beasts of the 5th Sun are probably not going to mean much to you. But chances are that you've at least heard of Astro Boy, given that the movie is set to hit theatres next month. D3 Publisher came by our office to show us the video game version of the three properties, and even though there's a stigma surrounding games based on TV shows and movies, the games we saw had some engaging gameplay elements that held our attention.

The last time we saw Astro Boy was at the 2009 San Diego Comic Con where we met up with producer Cameron Rains to check out the game. This time, we were shown a never-seen-before Arena mode, in which Astro Boy takes on waves upon waves of enemies with a friend in air- or ground-based combat. The gameplay hasn't changed much since we last saw it, but we did play on the hard mode and then ended up bumping it to hero difficulty, which made things a bit more challenging. Luckily, the person demoing the game stayed alive for the most part, so as long as one player is still at it, the other person can die as many times as he or she wants without having to worry about starting over. 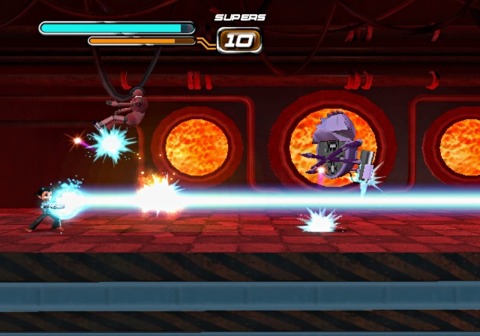 We also had a chance to check out the final boss battle against Peacekeeper (not a spoiler because everyone knows that it's Astro's arch nemesis). Playing cooperatively makes a huge difference because Astro Boy is a frantic and fast-paced shooter. We won't reveal too much about the final fight, but if you have quick reflexes and want to play as Astro Boy, then be sure to keep an eye out on the game when it is released October 20.

Young Ben Tennyson is on another adventure and armed with his omnitrix to explore the galaxy via the Xbox 360. This is the first time that Ben will be able to transform into 10 different aliens, using their unique superpowers to get through the levels. The world is in 3D now, with a fully rotatable camera and numerous platforming sections. We fought these ghostlike aliens, which we had to lure to a nearby lantern before being able to hit them. The controls felt good, and you can easily come up with combo attacks as long as you keep pressing the X and Y buttons for light and heavy attacks.

The ability to swap into any alien form at any given time is also new, and it doesn't drain your energy gauge either. You can swap to swampfire and use its fire-breathing skills and then switch back to spidermonkey to quickly maneuver through hazardous areas. The game should last anywhere between seven and nine hours, and fans of the show will appreciate the fact that all the voice actors are involved with the game and the original story is penned by one of the show's writers. Ben 10 Alien Force: Vilgax Attacks will be released October 27.

The Secret Saturdays: Beasts of the 5th Sun

The Secret Saturdays is a Cartoon Network show about a family of scientific explorers who fight to protect and hide cryptids, which are exotic creatures that evil people want to exploit. The game is a 2.5D action platformer, in which you play as Zak, an 11-year-old kid armed with a big stick that also functions as a grappling hook. Zak has the power to control the minds of cryptids and scan them for information. We spent most of our time platforming, but in combat, we were able to tag team with other members of the family to fend off enemies. If you're a perfectionist, you can collect fireflies as you make your way through the levels, which will unlock goodies. 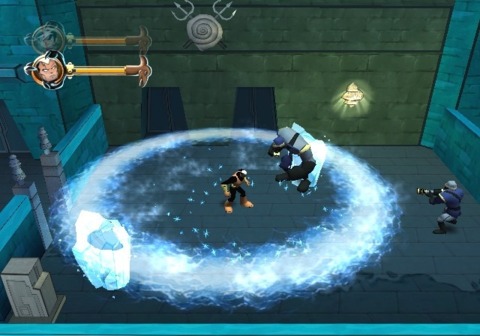 The controls are easy to pick up, and it's fun to hop into the body of your family pet Fiskerton because Fiskerton can scale walls and get to hard-to-reach places. There are more than 50 cryptids to encounter, as well as racing and target-practice minigames to change up the gameplay. The Secret Saturdays: Beasts of the 5th Sun is probably not going to interest you unless you enjoy the cartoon series, but at least the game is shaping up to be a solid platforming/action experience. Look for the game on the Wii, DS, PlayStation 2, and PSP when it is released October 20. 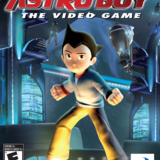