Playboy: The Mansion developer will move away from entertainment to focus entirely on training software; puts Majesty license on the block.

The serious gaming marketplace--the sector of the game industry that uses the interactive digital arts to create games that instruct, teach, train and educate--is getting a strange bedfellow.

In a statement outlining the shift, Cyberlore president Seth Spaulding said, "We bucked the industry trends for 13 years as we transitioned from developing DOS games to Windows games, 2D games to 3D games, and PC games to console games, all without outside funding."

Spaulding attributed the move as a reaction to the bankruptcy of its publisher, Hip Interactive, as well as to "the recent loss of new business prospects."

The company will downsize staff and allocate resources toward its Serious Games Division, formed in 2004.

The news of Cyberlore's restructuring first surfaced on the company's forums in a post by the studio's marketing director, Jay Adan. "I'm not going to go into too many details. Those will come on Monday but let me get to the point," Adan wrote in a post he took live early Saturday morning. "I stopped working at Cyberlore as of Thursday of this week. ... The situation is unfortunate especially since I'm not the only one who has been forced to go. The fact of the matter is that Cyberlore was forced to let a number of people go and I was one of the casualties."

In addition to the staffers who have been laid off, the future of the studio's internally developed Majesty franchise is also unknown. Cyberlore noted in today's statement that the license was for sale.

Adan wrapped up his feelings in a statement contained in his post. "Cyberlore remains the best place that I've ever worked and I wish the situation had been different." 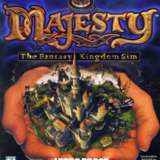