When people think of fantasy football, they often think of sports fans sitting around their living rooms, studying the tickers for NFL stats while stuffing their faces with Cheetos. Fans of tabletop games, on the other hand, think of Blood Bowl, the board game that satirized American pro football by exchanging traditional athletes with fantasy characters, such as orcs, dwarves, and goblins.

Today Games Workshop, the creator of Blood Bowl, announced that the franchise will hop off the tabletop and onto the desktop, or perhaps other gaming platforms. The UK-based game company has signed over the license to make video games based on Blood Bowl to French developer Cyanide. The terms of the deal were not disclosed, and no Blood Bowl products, or a publisher, have been announced yet.

Cyanide shouldn't have too much trouble putting elves and trolls on the line of scrimmage. The company has developed the Chaos League series, which was admittedly heavily inspired by and looks an awful lot like Blood Bowl. Whatever contention Games Workshop had with Cyanide's sincerest form of flattery has apparently been swept under the rug, with the help of some cash.

In a statement today, Games Workshop says, "Any differences between Games Workshop and Cyanide have been amicably settled for an undisclosed sum..." As part of the deal, Games Workshop has also been assigned the title to Chaos League, but the franchise will likely go the way of the now-defunct XFL, as there are no plans to make further Chaos League games. 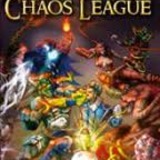