Sony Online Entertainment has announced that Curt Schilling will appear as a bad guy in EverQuest II during June 5, 6, and 7. The baseball star will exist in the virtual online world as an epic, loot-dropping virtual baddie who will battle players who cross his path. Anyone can register and sign up to battle Schilling online, while the event coincides with the three days of the Yankees versus Red Sox baseball series.

The event is taking place to support the ALS association, with $5 (£3) being donated every time a player defeats the virtual Schilling. Players can also type '/ALS' during the game to make donations to the foundation that assists sufferers of Lou Gehrig's disease, named after the legendary baseball player. Schilling's son will be the first person to battle his virtual dad on June 5. 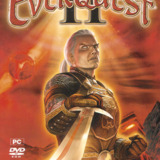