Curse Of The Dead Gods Gets Dead Cells Crossover April 14

Curse of the Dead Gods is getting content inspired by Dead Cells, including new weapons, a new curse, and even another way to get cursed items.

The roguelike dungeon-crawler Curse of the Old Gods is getting a new update with crossover content inspired by another roguelike, Dead Cells. The "Curse of the Dead Cells" update is coming on April 14.

The update will add a new curse, three new weapons, and a new challenge room--all homages to Dead Cells in collaboration with Motion Twin and Evil Empire. The new Curse of the Headless will let you trade faster movement speed for receiving more damage, and your head will resemble the iconic Dead Cells main character. You can also get the Sword of Conjunctivius, Broadsword of the Knight, and Crossbow of the Condemned, all modeled after their Dead Cells equivalents. The new challenge room will feature Dead Cells' Cursed Chest, which will contain rare weapons including a cursed weapon.

Though both are roguelikes, they take the genre in fairly different directions. Curse of the Dead Gods is an isometric action game, and its focus on curses means you're constantly making trade-offs like the speed/vulnerability one in the Dead Cells update.

In an update describing the process on the PlayStation Blog, developer Passtech Games explains that this update effectively adds a completely new way to get cursed items to the game. Previously cursed items could only be obtained by getting it at the starting altar or buying one at a sanctuary, but with the addition of the Dead Cells cursed chest you have another option. But to earn the item, you have to clear the entire room without taking a single hit. As your reward you'll get a choice of three items, one of which will always be cursed.

Curse of the Dead Gods released out of early access on February 23, 2021. It has generally positive reviews on GameSpot sister site Metacritic. 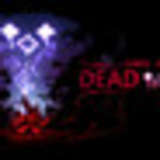