Curse comes to the PS2 and the Xbox

GameSpot News has learned that Asylum Entertainment's Curse: The Eye of Isis will be coming to the PlayStation 2 and the Xbox. The PC version of the game is scheduled to be released in the third quarter of next year in Europe, and the console versions are scheduled to follow, in Europe at least, shortly afterward.

Curse uses the standard survival-horror third-person perspective through much of its gameplay, though the camera will occasionally track players as they move around. Players enter a first-person view to battle enemies, though, and they can switch between the two views using the Enter key on the PC.

No firm plans have been made for a US release of the game, but an Asylum representative told GameSpot that the game would see a US release at some point after the European launch. For more information on Curse, read our report from ECTS. 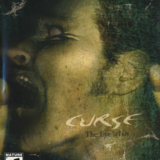