We monkey around with a near-finished version of Namco's movie-inspired action game.

Currently scheduled for release early next month, Curious George is a colorful action adventure game closely based on the upcoming animated movie of the same name. In the game you'll assume the titular role of George as he unwittingly embarks on an adventure that will take him from the jungles of Africa to the streets of New York, and back again. We recently had an opportunity to spend some time with a near-finished PlayStation 2 version of Curious George. Although we're still not entirely convinced that the star of the show is actually a monkey, we're pleased to report that after coming to terms with his chimplike features and lack of a tail, we had a pretty good time with the game.

Much of your time in Curious George will be spent jumping between platforms and swinging from vines and chains. In keeping with the game's preteen target audience, the majority of these sequences are undemanding. When swinging from a vine, for example, it's impossible to swing in anything but the right direction. And, when jumping from said vine, you'll find that George's double-jump ability is much more powerful than it really needs to be. The only other controls that you'll really need to concern yourself with are the crouch button, which can be used to move stealthily and to crawl through air vents, and the interact button, which can be used anytime that George gets close to an object that he's curious about--as indicated by a question mark that appears above his head.

Although there are plenty of objects in Curious George that you'll need to interact with in order to progress through the game, the vast majority of them serve no purpose other than encouraging you to explore each level as fully as possible. When you interact with these objects, which include everything from bees' nests and bushes to toilets and televisions, you'll be awarded a number of "curious points" that can be spent on unlocking new outfits for George, movie clips, production art, and four different minigames titled Boat Deck Boogie, Bubble Trouble, Firefly Follies, and Balloon Break. All of the minigames are extended versions of sequences from the main story mode and won't become available to buy until you've beaten those sequences.

Although it's rarely very challenging, Curious George does a good job of keeping the gameplay fresh by introducing a number of different objectives and gameplay mechanics as you progress. Some of the levels simply task you with finding your way up to a certain location, for example, while others require you to locate hidden objects, hide from bad guys, entertain sailors by dancing, or complete obstacle courses within a time limit. One of the most memorable levels we've played thus far was somewhat reminiscent of the classic Frogger arcade game, in which George had to jump between moving cabs on the busy streets of New York as he attempted to catch up to the ever-elusive "Man with the Yellow Hat."

To say much more about our experiences with Curious George to date would be to risk spoiling parts of the movie for any of you who are planning to see it. What we will say, though, is that Curious George looks to be a fun way to relive what we're assuming are key moments from the movie. Also, the number of curious objects to interact with and bananas to find in every level should add longevity and replay value to what might otherwise be a very short game. Expect a full review of Curious George closer to the game's release. 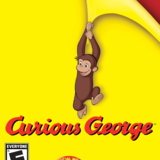