Cuphead DLC: How To Get All Coins

Cuphead: The Delicious Last Course has new weapons and charms, but you need coins to buy them.

Cuphead: The Delicious Last Course brings three new weapons and a trio of new charms into the game. You get one of these charms--the Astral Cookie--for free when you start the DLC. But you have to buy the three weapons and other two charms from Porkrind in the shop. In order to complete your arsenal, you need to get all the coins. There are 16 coins on Inkwell Isle IV. Here's where to find all of them.

In town square, there's a food cart to the right of the bakery. Approach it and you'll enter a tutorial that teaches you Ms. Chalice's moves. There's a coin in the upper right corner. You need to use Ms. Chalice's dash parry, dodge roll, and double jump to get it.

Talk to the NPC in town square

Just like in the main campaign, the first NPC you see gives you three coins. Simply talk to him before you head over the bridge, and you'll get three coins. Now you have enough to buy a new weapon from the shop.

Speaking of the shop, after you pick up your new weapon, walk behind it and keep going left. You won't be able to see Cuphead, but keep moving left and you'll find a coin behind the bakery. It's the only hidden coin on Inkwell Isle IV.

The remaining 11 coins can be earned by defeating the challenges at King's Leap, which can be accessed by climbing the rope ladder to the sky that is located right next to the boss fight against Glumstone the Giant. There are five challenges in The King's Leap, all of which are parry-only battles. Here is the reward for each challenge:

After defeating the Queen, you'll have collected all 16 coins in Cuphead: The Delicious Last Course. Since you can get all of them before you fight any DLC boss, you're able to purchase the full DLC arsenal out of the gate to help you in battle. 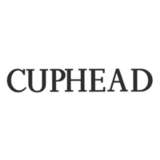