Yes, the Switch can run Crysis.

In an exclusive report, the techies at Digital Foundry have been able to tear down Crytek's upcoming remaster of Crysis 3. The report centers around the version of the game coming to the platform it will struggle the most on, the Nintendo Switch. However, according to Digital Foundry's report, Crysis 3 Remastered's port to the Switch is a significant upgrade from its original release, even hitting a steady 30 frames-per-second on the console.

On the PS3 and Xbox 360, which Crysis 3 was originally released on, the game hardly broke the 30fps mark according to Digital Foundry's report. Instead, it jumped around the 20s, sometimes dipping as low as 25fps. Back then, the game would compensate for its low frame rate by masking it with egregious motion blur. Comparatively, Crysis 3 Remastered hits a constant 30fps on Switch, while the game's current-gen versions both hit a constant 60fps.

Similarly, Crysis 3 Remastered on Switch will feature some other graphical improvements over its original release. The game will have dynamic resolution, ensuring that it keeps that constant 30fps, although it's not clear how low the game's resolution will go. Additionally, textures in Crysis 3 Remastered are being rendered at a higher setting and the density of other materials, like grass, have been increased.

Overall, the takeaway from Digital Foundry's report is that Crysis 3 will run better on the Switch than it did on the Xbox 360 or PS3. That being said, players shouldn't expect performance like it's running on a new-gen console. It's still the Switch, a handheld console that doesn't use too much power. However, Crysis 3 Remastered will apparently be able to be played at a pretty acceptable quality on the go.

Crysis 3 Remastered is launching as part of the Crysis Remastered Trilogy later this year. The collection, which includes Crysis Remastered and Crysis 2 Remastered, doesn't have a release date yet, but will be available on the Switch, PC, Xbox One, PS4, PS5, and Xbox Series X|S. 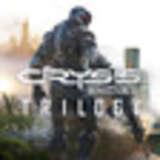