Check out some of the brand-new Critical Role miniatures.

The world of Critical Role is coming to the real world in miniature form thanks to WizKids, which can help elevate your Dungeons & Dragons games. Recently hitting store shelves, there are plenty of beasts and characters you may want to add to your collection, including a 10-inch tall one.

The collaboration between WizKids and Critical Role was announced back in January, bringing some highly-detailed figures to your home. Outside of some of the monsters in these new sets, there are the Clovis Concord & Menagerie Coast Box Set ($65), Dwendalian Empire Box Set ($50), and Kryn Dynasty & Xhorhas Box Set ($50).

However, if you're a fan of new monsters for your players to fight, check out some of them from the new line below. 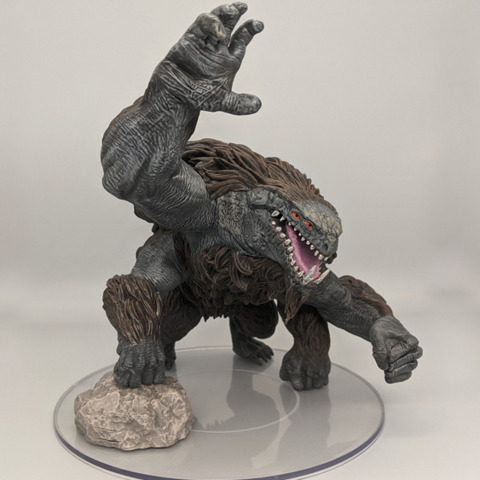 The Udaak is quite the large and in charge beast and barely qualifies as a "mini" as it comes in at 10 inches tall, towering over your characters. It has a clear base, so you can see what's going on in the battlefield as well. One of the more vicious beasts of Wildemount, it has the ability to swallow your adventurers whole, and you'll have to fight your way out in order to make it puke. 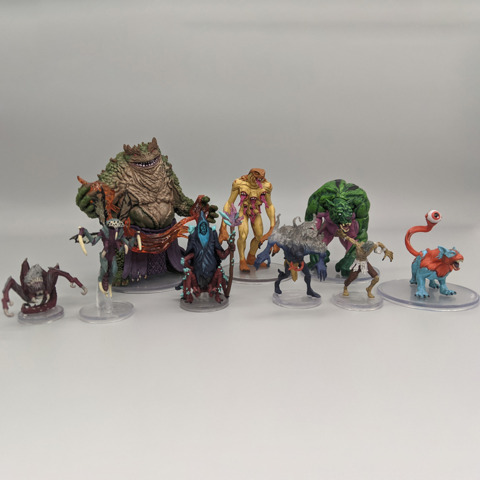 The first set of monsters varies in size and includes nine minis. The Monsters of Wildemount 1 includes: 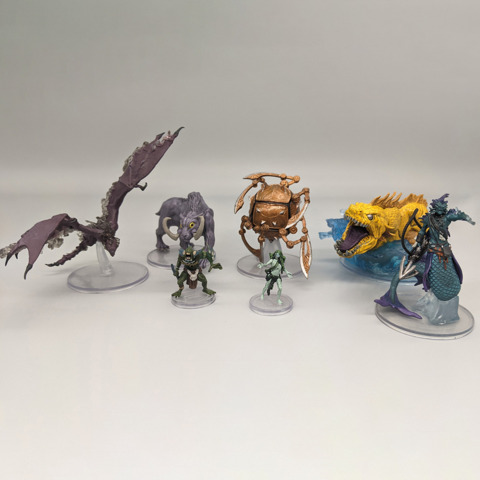 In the second box of monsters, you can get your hands on seven beasts you may fight during your Wildemount journey.

For more information on all these beasts--like hit points, AC, etc--you can get all their stats in Dungeons & Dragons: Explorer's Guide to Wildemount. All the info is in there, and it's currently on sale on Amazon for $23. It's a solid addition to your D&D gaming if you want to run a Critical Role campaign.

Additionally, you can get a closer look at some of the monsters of Wildemount below, one of which gives you a better idea as to the scale of Udaak--it's huge.

For more on WizKids minis, check out a closer look at the Wild Shape and Polymorph sets, Boneyard minis, two gigantic dragons, and the Warlock tile sets, which lets you build your own towns and dungeons. For more from the world of Dungeons & Dragons, we have a breakdown of one of the most interesting monsters from the recently released Van Richten's Guide to Ravenloft.