After a few delays, Cris Tales is finally scheduled to launch this July.

Originally slated for November 2020, Cris Tales was delayed to early 2021 and then again to July. Now we have an official date and I could not be more excited--it's one of the indie games we're most looking forward to in 2021.

In Cris Tales, you play as Crisbell, a young girl who discovers she's a time mage, a select group of individuals who possess unique time-bending powers. Crisbell's unique talent is the ability to see the past, present, and future all at once. This gifts her unique opportunities to influence the timeline, even while in combat.

Drawing inspiration from both classic and modern JRPGs, Cris Tales features a choice-influenced narrative and party-based combat. In a previous trailer, we got to see Crisbell's teammates in action, from the time mage Willhelm (his unique time-related ability is that his time has stopped and thus, he never ages) to the nomad Zas, who carries a bag of explosives. 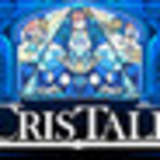