Creating the World of Amalur: An Interview With R.A. Salvatore

We speak to the best-selling fantasy author about the inspiration behind the lore of the upcoming action role-playing game Kingdoms of Amalur: Reckoning.

Every Saturday morning, New York Times best-selling author R.A. Salvatore watches two hours of mind-numbing conspiracy theory TV. Big Foot, UFOs, the Loch Ness monster, and even the Kennedy assassination--Salvatore takes it all down, filing it away for later use. The self-inflicted torture serves a higher purpose: the author is trying to understand why human beings are continually fascinated with things they cannot explain. This, in large part, is what makes him such a successful storyteller.

The Massachusetts-born Salvatore is one of America's most prominent fantasy authors, penning more than 30 novels in the Forgotten Realms series as well as a string of fantasy series including The DemonWars Saga, The Dark Elf Trilogy, Paths of Darkness, and Chronicles of Ynis Aielle. Salvatore is also responsible for two Star Wars books, including the film novelisation of 2002's Star Wars Episode II: Attack of the Clones, as well as several graphic novel adaptations, more than 15 short fantasy stories, and the comic book Spooks. His novels have sold more than 15 million copies around the world and have been translated in more than 15 languages. 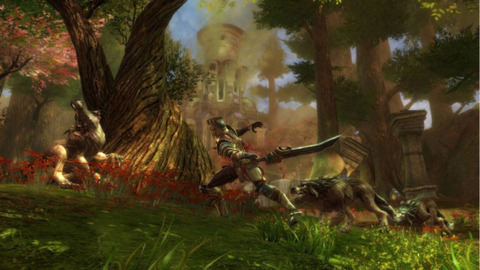 R.A. Salvatore has drawn upon existing folklore to create the world of Kingdoms of Amalur: Reckoning.

But the project that has occupied Salvatore's life for the past four years has had very little to do with traditional forms of storytelling. Salvatore is the story lead (or, as his official title deems it, executive creator of worlds) at 38 Studios, the game development outfit founded by former Major League Baseball Red Sox pitcher Curt Schilling. The studio is currently putting the finishing touches on its first release, the upcoming action role-playing game Kingdoms of Amalur: Reckoning.

Due out in North America on February 7, Kingdoms of Amalur: Reckoning began life at 38 Studios as a massively multiplayer online game code-named "Copernicus" but was later reimagined as a single-player fantasy RPG following the acquisition of THQ's Big Huge Games after THQ announced its intention to close the outfit in March 2009. Having acquired both Big Huge Games and the unnamed RPG IP it had been working on, 38 Studios officially revealed Amalur in July 2010 as an open-world fantasy action RPG conceived from the ideas and talents of both development teams.

Salvatore--who, along with comic book author Todd McFarlane, helped Schilling form 38 Studios--admits he was initially sceptical of what the acquisition would mean for the project he'd invested so much effort into.

"All of a sudden we had to come to terms with the fact that the MMO we had been building for so long would make its debut as an RPG, and I remember saying, 'Wait a minute, we've spent three years building this world,'" Salvatore says. "When I write, I'm used to having control over everything, from the prologue of the book right up until the end. But when you're working on something this massive, you need to share the love. Letting go and trusting the teams of writers I had working for me and beside me was very hard to do. My instinct was to say, 'No it's mine! You can't have it!' But it really isn't mine. The whole point of doing something like this is creating something that people can buy into."

It wasn't until Salvatore met industry veteran Ken Rolston and saw how the latter's decades of experience on definitive titles like Elder Scrolls III: Morrowind and Elder Scrolls IV: Oblivion could help shape Amalur that he learned to finally let go.

"All those fears went away about an hour after I met the guy. I spent the first 50 minutes trying to figure out just how crazy he was, and then finally realised I was confusing crazy with an incredible love of life, a curiosity beyond anything I had ever witnessed, and a level of honesty that was truly refreshing," Salvatore wrote of his first meeting with Rolston.

"I played a very early build of the game soon after that, and I haven't worried about it since." 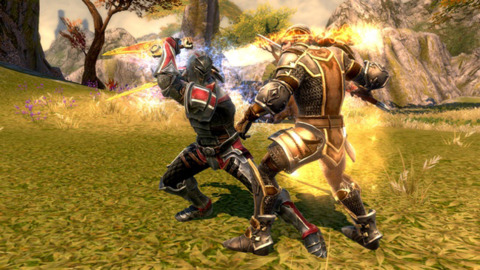 Though his skill brought imagined worlds to life on the page, Salvatore found crafting an interactive story hard to do. In print, the author is the one charged with supplying the heroes; in games, the hero is the player, meaning a game's story has to be flexible enough to let players project themselves into the story while maintaining enough richness and complexity to stand on its own.

In creating the world of Amalur, Salvatore looked toward existing human mythology and folklore in search of patterns of cultural behaviour. By studying the evolution of creation and destruction myths found in different cultures at different times, Salvatore was able to handpick different world views and customs and place them side by side, rearranging them like pieces of a puzzle.

"Why did some cultures succeed and others fail? Why did one thing work in one part of society but fail in another? I tasked my team of writers on Amalur to ask these questions and to research different mythologies from around the world and imagine what the world would be like if some of these stories were actually true. What would a real race of elves or dwarves behave like? We worked backwards, unraveling the stories we found and putting them together again."

This, Salvatore believes, is the secret to world-building. All cultures follow a pattern, be it political, religious, or economic--a certain kind of symmetry that dictates how all humans relate to each other and the world. It's this symmetry that's responsible for the human fascination with the inexplicable, a fascination that Salvatore says is the reason he pays so much attention to Big Foot.

"The reason people love conspiracy theories is because the human brain is wired to put things together and come up with something bigger. People don't know what draws them to these ideas, but they want to believe it's true."

Of course, the outcome is always the same: it turns out it isn't really Big Foot, just an unnaturally large bear.

"People know the reveal is coming but they keep on watching. They're drawn to it for the same reason I'm drawn to fantasy: there's something comforting about having something that science can't explain. Personally, I'm a science guy. I believe in empirical evidence. But magic, fantasy, all that stuff--it's very primal. On an irrational level having something that cannot be explained is comforting to people." 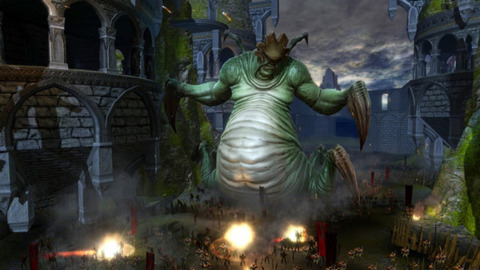 Is there something comforting about the idea that things exist which we cannot explain?

While Salvatore credits J.R.R. Tolkien with inspiring him to write fantasy ("I was a math major, but I wasn't reading anything because school turned me off books completely, but Tolkien put me back on track"), he acknowledges the genre has matured significantly since Tolkien's day, most notably in the rise of female readers.

The rise in female readers has also openly impacted how fantasy authors treat female characters. Salvatore says authors can no longer get away with the same damsel-in-distress storylines that once dominated the genre--the readership has increased demand for strong female characters and heroines.

"It's been forced upon us, and it's a good thing."

In many ways, fantasy shares a lot of its growing pains with the games industry. Mainstream recognition has forced both art forms to adapt and evolve, tearing down and rebuilding previously established attitudes and struggling to appease increasingly diversifying demographics. For a writer like Salvatore, these changes are becoming increasingly important in areas such as games writing, where video games are beginning to play a much bigger role as a storytelling medium.

"I think writing in games is becoming stronger by the day," Salvatore says. "Look at BioWare's Star Wars: The Old Republic, for example: narrative is the most important part of the game, and it shows. No one who plays this game can say that there isn't definite dramatic storytelling advancement in games, particularly now that the technology is allowing developers to do more than ever before." 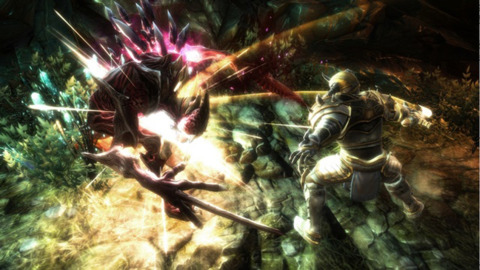 Salvatore drew on his experience writing fantasy novels to create immersive and fast-paced battles in Amalur.

In building the fabric of Amalur's lore, Salvatore found it possible to adapt the pacing of fantasy writing to an interactive environment, which is exactly why Amalur's combat plays such an important role in the game: big, fast, and spectacular, the game's battles are designed to break immersion as little as possible, leaving the player feeling as if she's becoming a better fighter alongside the character she controls.

But Salvatore believes interactivity is not enough to draw people in anymore. Games have to work hard to layer many different elements and present them as one cohesive experience, something that has proven a challenge for the industry in the past.

"[Marshall] McLuhan spoke about hot and cold media, in which different levels of participation are required from an audience," Salvatore says. "Games are a very cold medium because of their interactivity, which is what makes them so satisfying I think. Add cool graphics, music, and the possibilities for adventure, and you can really draw people in. The games industry is not there just yet, but I definitely think it's moving in that direction."

"Film critic Roger Ebert took a lot of heat when he said that games weren't art, and I agreed with him at the time. But while the medium wasn't art back then, I definitely think it's going that way now. There are many, many people who are seeing to that. I don't think there's any doubt that video games are the next storytelling medium."