Retail distributor to tender up to $95 million over next three years; current team to stay on for three years.

The deal will put $67 million into the hands of Crave shareholders, and depending on Crave's finances over the next three fiscal years, as much as $28 million more. The acquisition also contains $2 million in incentives for Crave's current executive team of Nima Taghavi, CEO; Rob Dyer, COO; and Michael Maas, president to stay with the company for the next three years.

The deal is exepcted to close within the next 45 days.

Handleman is a 71-year-old company that calls itself a "category manager and distributor of prerecorded music to leading retailers." The company, listed on the NYSE since 1967, has operations in the US, United Kingdom, and Canada. The company also has an active presence in the book and home video distribution sectors. Among its customers are Sam's Club, Costco, Best Buy, and Target; not coincidently, this is the same lineup of retailers Crave counts among its largest customers.

The move signals a diversification for Handleman. Calling games "one of the fastest growing entertainment product lines," Handleman CEO Stephen Strome said in a statement that, "the acquisition of CEG expands our customer base, broadens our product line and will be immediately accretive to earnings."

Strome added that the two companies would leverage their existing customer base through the cross-selling of "customers, services, and products."

Details of the acquisition were contained in the company's 8-K statement filed yesterday with the federal Securities and Exchange Commission: "The Securities will be acquired by Handleman for cash consideration of approximately $95 million that consists of i) a $67 million promissory note at closing (which note is due and payable five days after closing) that is subject to certain adjustments based upon CEG's working capital and net assets and is subject to increase to reimburse CEG's shareholders for increased taxes they will incur as a result of electing to treat the transaction as an asset purchase for tax purposes (the amount of which reimbursement has not yet been determined); ii) up to $5 million paid out of an escrow account 24 months after the closing; iii) up to $2 million paid on or about January 2, 2008 if three employees remain with CEG through December 31, 2007; and iv) up to $21 million in earn out payments that are payable based upon CEG's adjusted EBITDA for the calendar years 2005, 2006 and 2007, as those figures are calculated for each of such years." 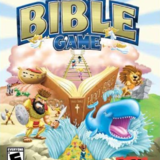