We get a feel for Banpresto's upcoming Cowboy Bebop game from E3 2004.

Cowboy Bebop has gained quite a hefty following since the Cartoon Network began airing the show regularly, and currently, it is one of the most popular anime series on North American television. This October, Bandai, in conjunction with developer Banpresto, will be releasing a third-person action adventure game based on the series, exclusively for the PlayStation 2. Bandai had a build of the game available at its E3 2004 booth, and we took the opportunity to get a feel for how the game will play.

In Cowboy Bebop, the show's three primary characters, Spike, Jet, and Faye, will all be playable. In the demo we saw, only Spike was playable; however, the controls and gameplay should be roughly similar for all three characters, with only a few differences. The level we played was that of a semi-bustling city street--bustling with bad guys, that is. Multiple mohawked thugs were roaming the streets upon our entry into the level. When playing as Spike, we had both hand-to-hand combat and a gun at our disposal. The game has an autotargeting system for both styles of combat, so you'll always be locking onto the enemy closest to you.

Most of the time, you'll want to be going hand-to-hand with your opponents, it seems, and for a couple of reasons. One, the gun itself was a bit unwieldy to target with, since we had to hold down the R2 button to actually arm ourselves with it, and aside from one sequence where we were able to shoot down a water storage container on top of a building, and have it land on an enemy, overall, the gun wasn't especially effective. The second reason is that your level score will actually be penalized if you use your gun to actually kill an enemy. Since it takes at least a few shots to kill an enemy, it shouldn't be too hard to avoid this.

The game's hand-to-hand combat is actually rather unique. You'll be able to land basic punches and kicks using the X and square buttons, but you will also be able to execute specific combo attacks using the R1, L1, and L2 buttons. These combos can be performed successively, but even just hitting one of those buttons once will launch into a short combo attack burst. Overall, the hand-to-hand system definitely seemed to offer some good attack variety, at least with Spike's moves.

The game's graphical style is heavily geared toward a cel-shaded look, which makes sense considering the game's animated background. The game actually looked quite good, with each of the character models having a nice style and a good flow of animation. It's bright, it's colorful, and the game just looks like what an anime-based game probably ought to look like.

We'll have more on Cowboy Bebop as it becomes available. 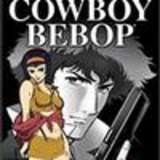