Slaying dragons and country music, together at last!

If you've ever been crawling through a dungeon with a sword and shield and thought that some country music could really set the mood, then hold on to your cowboy hat. Slaying dragons and outlaw country musician Shooter Jennings will come together when he debuts his new album, Countach, in a fantasy RPG.

The MMO, Shroud of the Avatar: Forsaken Virtues, will receive the album at 5 PM PST on February 22 (via Herald Dispatch). Players will be able to listen by collecting pink vinyl copies of the album inside the game.

Countach is the country star's ninth album is a tribute to "disco king Giorgio Moroder" and will feature the likes of Marilyn Manson and Shroud of the Avatar and Ultima creator Richard Garriott.

Shooter is the son of legendary country music artists Waylon Jennings and Jessi Colter. He played his father in the Johnny Cash biopic Walk the Line.

He's also a long-time fan of video games, even creating a video game based on an album he did with The Shining author Stephen King. 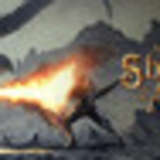