Xbox gamers can now plan to try on the boots, lift the guns, and take aim in Counter-Strike, as one of the most popular multiplayer titles from the PC camp is confirmed for a November 18 release date.

The release of the Xbox Live-enabled Counter-Strike could add to those numbers. 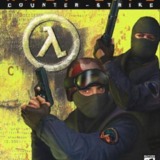