Coraline gets into games

Focus Features' upcoming film Coraline is being billed as the first stop-motion animation film to be made in 3D. It's not terribly surprising then that the film is spawning a handful of 3D games.

D3 Publisher today announced that it will be adapting Coraline for games on the Wii, PlayStation 2, and DS, with all versions scheduled in January, just ahead of the film's February 6 North American release.

Directed by Henry Selick, Coraline will be the filmmaker's first full-length stop-motion animated film since he first established himself with the classic The Nightmare Before Christmas and James and the Giant Peach. As with James, Selick will be working from the source material of a well-respected scribe. The original novel Coraline was penned by Neil Gaiman, author of the seminal Sandman series of comics as well as Stardust, a novel adapted to the big screen last year.

In the film, a young girl discovers a doorway to a fantastic alternate reality in her house. However, when her alternate world turns sinister, she must marshal her wits to escape the predicament and return home to her old life.

Coraline has not yet been rated and is under development by Papaya Studios (Medal of Honor: Airborne, Larry Boy and the Bad Apple) and Art Co. (Shaun the Sheep, Gunpey for DS). 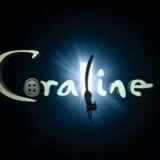