The drama around the latest Cooking Mama game on Switch comes to a head with the license holder seeking legal action against Cookstar's developer.

Cooking Mama: Cookstar has had a dramatic release, with the game disappearing from the Nintendo Switch Eshop and reports suggesting that there's a dispute over developer Planet Entertainment LLC's use of the license. Now, after the license holder threatened legal action against the developer, Planet has responded arguing it was well within its rights to release the game.

When the strange disappearance first appeared, rumors abounded that the game's troubles were to do with the blockchain technology that was originally announced as being a part of the game. It has since come to light that the owners of the Cooking Mama franchise have taken issue with the game's quality. Now, license owner Office Create Corp has released a statement about the game, distancing itself from Cookstar and making it clear that they object to its release.

"In August 2018, Office Create licensed Planet to develop the Cooking Mama: Cookstar game for Nintendo Switch," the statement reads. "Unfortunately, the quality of the game builds failed to meet the standards that our customers expect and deserve. Office Create rejected a wide range of deficiencies affecting the overall feel, quality, and content of the game."

But while Planet was obligated to improve the game, as per their contract, Office Create alleges that they released the game without addressing "the identified deficiencies." Furthermore, a planned European release of a PS4 version was not approved at all. "Office Create itself has not been involved in the development of any PS4 Cooking Mama game," the statement says.

While Office Create terminated Planet's license on March 30, 2020, the studio went ahead and released Cookstar anyway, the statement says. "Planet continues to advertise and sell the unauthorized version of Cooking Mama: Cookstar on its website in willful violation of Office Create’s rights," it reads. "To date, Planet has not confirmed the status of the unauthorized PS4 version."

Legal action is now being pursued, and Office Create says that it "regret(s) any confusion and disappointment that has been caused by Planet’s conduct."

Now Planet Entertainment has responded via Twitter, issuing its own statement arguing that while it appreciates Office Create's input, the scope of the changes came late in the process and were outside the terms of the agreement. As a result, it says, it was well within its rights to release the game.

All of this means that Cooking Mama: Cookstar is likely to become a future collector's item--and the game is currently sold out online.

Cooking Mama: Cookstar is unlikely to return to sale. Series fans will have to settle for the second-most recent entry in the series, 2014's Cooking Mama 5 on the 3DS, for their fix. 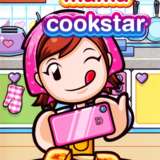