One of the first idle games is coming to Steam, complete with achievements and cloud saves.

Cookie Clicker, the browser-based idle game first released on the web back in 2013 and played/banned in school computer labs around the world, is now officially being remastered for Steam.

The game all about clicking cookies, and then spending those cookies to make even more passive ways to generate cookies ad infinitum, has received hundreds of updates since its debut. The Steam version of Cookie Clicker will include all those updates and more, including cloud saves and achievements (more than 500 of them to be exact), when it releases on September 1. It will also sport new music from C418 of Minecraft fame and Steam Workshop support. Cookie Clicker has previously been released for mobile devices as a free download with ads.

Nowadays idle gaming is a popular genre, and you'll find plenty of similar games on Steam. Cookie Clicker itself has spawned countless knockoffs and clones, so it's nice to see one the original pioneer of the genre playable on Steam after all these years. It should be noted that while the Steam version of Cookie Clicker will cost $5, the game is still playable for free in your browser.

Developer Orteil says in a FAQ that the Steam version won't officially support the importing of saves from the browser version, but that "it shouldn't be too hard to swap files around if you really want to continue your browser save in Steam." The free web-based version of the game will still receive updates first and remains the "master version" of Cookie Clicker, but those updates will eventually make their way to the Steam version as well. 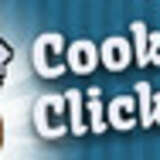