Control's Upcoming Companion Book Gets A Huge Discount At Amazon

The Art and Making of Control Limited edition is available to pre-order at Amazon for more than $20 off.

Remedy Entertainment's Control was one of our favorite games of 2019. If its world captivated you as well, there's a new companion book on the horizon that dives into the creation of the game. The limited-edition version of The Art and Making of Control is available to pre-order now at Amazon for $39.21 (more than $20 off), and we expect a standard, even cheaper edition will pop up soon, too.

The Art and Making of Control - Limited edition 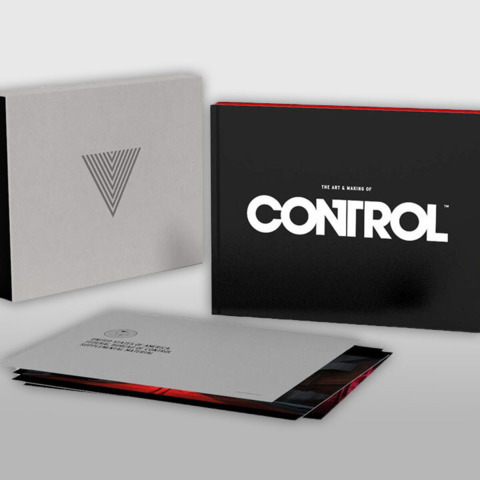 The Art and Making of Control will feature concept art, sketches, and renders chronicling the stages of development. Additionally, it'll provide commentary about the game design, story, costume design, and visual effects--one of Control's standout features.

It's unclear exactly when the book will launch, but it's expected to arrive this holiday. The hardcover coffee table book comes in at 384 pages and will be published by Future Press. While we can't tell exactly what extras come with the book's limited edition, it's safe to assume that the sleek slipcase and multiple inserts with supplemental material are two of the bonuses.

The book will also cover the pair of expansions, The Foundation and AWE, the latter of which launches August 27. Remedy recently announced an Ultimate edition of Control that comes with both expansions will launch September 10, and it'll be the only way to get a free upgrade to the next-gen versions of Control.

Like usual for art books, the upcoming Control companion book is already discounted at Amazon. If you order now, you'll get the lowest price offered until release thanks to Amazon's pre-order price guarantee.