If we can just figure out all the places and time periods the game won't cover, we can deduce what Infinity will actually cover.

Following the release of the next Assassin's Creed game, codenamed Rift, Ubisoft will supposedly then work on releasing Assassin's Creed Infinity. Infinity will be a live-service game, reportedly including a bunch of different experiences--one of which, apparently, specifically won't be Aztec despite recent rumors.

"The next [Assassin's Creed] game is Rift, which is set in Baghdad," Bloomberg reporter Jason Schreier wrote on Reddit. "After that will be [Assassin's Creed] Infinity, and while that's going to include a bunch of different games/experiences/biomes/whatever you want to call them, I've heard about the main two and neither of them are Aztec."

Schreier made the post in response to a report from video game YouTuber and reviewer Jeremy Penter, who said, in a tweet, "Next AC game will be Aztecs." Only time will tell which of the two is right.

Ubisoft has not confirmed the existence of Rift, but it has talked about Infinity, which will be developed in a new cross-studio structure between Ubisoft Montreal and Ubisoft Quebec. Infinity won't be free-to-play, and will reportedly launch in 2024 or later. The game will act as a platform from which Assassin's Creed can grow going forward, allowing Ubisoft to explore a wider variety of different experiences.

Rift is reportedly a smaller-scale Assassin's Creed game featuring Valhalla's Basim. The game is supposedly scheduled to release in 2022 or 2023. We may hear more about it soon, as Ubisoft will be discussing the future of Assassin's Creed in September. 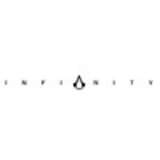