"It's not just deriving itself from what other folks have done before, it's pushing new ground and trying to do things differently," Greg Zeschuk says.

Following the suspension of its Kickstarter campaign earlier this year, developer Interdimensional Games today launched a new crowdfunding campaign for Consortium sequel The Tower on new game-funding platform Fig. The studio is looking for $300,000 to make the ambitious-sounding RPG (described as Deus Ex meets Die Hard) for PC, PlayStation 4, and Xbox One.

One of the industry's RPG luminaries, BioWare co-founder Greg Zeschuk, has come forward to invest in the game and sing its praises. We recently spoke with Zeschuk about the game to ask what drew him--and his wallet--to the project. He also told us why he thinks Fig, which offers both rewards-based backing and equity investment opportunity, is the right fit for the game.

Not only was Zeschuk already friendly with developers at Interdimensional, including its CEO Greg MacMartin, but he also truly believes in The Tower and what it's trying to do.

"I know the developers pretty well; an awfully long time; 15 years or so. Beyond that, the product I think is really interesting. The game's branching narrative structure is something I think is really cool and this is a different flavor of it," he said. "The other thing is, I think this is a game that should get made. It's something that's going to be unique and stand out. I think it's really going to impress people in terms of the depth of the gameplay."

Zeschuk adds that he trusts the team at Interdimensional to "get it done and do a good job."

The Tower, a sequel to 2014's well-received PC game Consortium, is a single-player, first-person sci-fi game that takes place (almost) exclusively within a structure called the Churchill Tower in London 2042. All the core mechanics, interface systems, and gear from the original are back, but this time with an "all new scope."

You play as Consortium Officer Bishop Six in a story involving hostages, terrorists, and conspiracies.

"What should have been a straightforward mission to rescue civilian hostages from terrorists turns into a global debacle involving a deeply rooted conspiracy where Consortium Officer Bishop Six will be forced to question his allegiances and the morality of meddling across the bounds of existence," reads a line from the game's description. "Acting as Bishop Six, players can choose to fight, sneak, explore or talk their way through an interactive story driven by their own actions and decisions."

Zeschuk says he was drawn to The Tower's smaller, more finite space, as opposed to a sprawling world that might be found in a Fallout or Witcher game. He also is excited about how the game will react to your decisions--whatever they may be.

"From a game developer's perspective, the fact that it's a finite universe--what's cool about this is it's in a smaller space so you can have a lot of fine control over the world as you change it based on the player's actions," he said. "It should be a very responsive game in terms of what you do."

As for the crowdfunding avenue, Fig, Zeschuk points out that Fig is a curated platform, unlike Kickstarter, where anyone with an idea can make a go at it. Knowing that a game has been vetted by a curation staff may help to give backers peace of mind.

"I would hope it takes some of the guesswork out of the project," he said. "One of the challenges in the general Kickstarter sense is there's so many projects out there; so many things looking for money. Honestly, at any one time, I probably have three or four friends who are running Kickstarters. It's really hard to cut through--I wouldn't even call it noise because there's a lot of great pitches--but to find the best stuff that has the best shot of being made and being good; that's what Fig does."

Another benefit of Fig is that its management team includes industry veterans like Brian Fargo (inXile), Tim Schafer (Double Fine), Alex Rigopulos (Harmonix), and Feargus Urquhart (Obsidian), who, along with people who invest in a game for an equity share, can help “open doors and make things happen."

Asked if a project like The Tower could be published under a more traditional model instead, Zeschuk said third-party publishing from big companies basically doesn't exist anymore. Thus, Fig fills that gap. "I think Fig is a really nice hybrid. It provides an opportunity that’s better than the traditional method," he said.

Overall, Zeschuk said he's investing in The Tower because he believes in the concept and the team.

"For me, it really is one of those games that I would just really love to see get made. That's why I'm supporting it," he said. "I think it's exciting to see it push the narrative branching and the world-building. I love seeing the ideas that are being put forward in the game to create different experiences.

"It's not just deriving itself from what other folks have done before; it's pushing new ground and trying to do things differently while maintaining sensible conventions."

Check back soon for more from GameSpot's interview with Zeschuk about The Tower and more.

Zeschuk, along with BioWare's other founder Ray Muzykza, left the studio in 2012 and retired completely from games. In addition to supporting indie developers like Interdimensional, Zeschuk is starting a brewery in Canada.

For lots more on The Tower and to contribute to the campaign, head to the game's page on Fig. 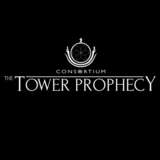