Source: Numerous European gaming outlets, including GamesIndustry.biz. What we heard: To put it politely, Free Radical Design's sci-fi shooter Haze was not what fans were expecting from the studio behind the heralded TimeSplitters franchise. Originally announced by publisher Ubisoft as a... 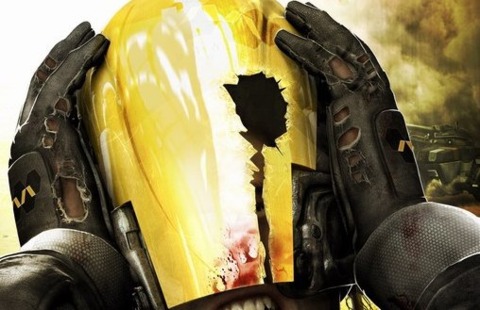 What we heard: To put it politely, Free Radical Design's sci-fi shooter Haze was not what fans were expecting from the studio behind the heralded TimeSplitters franchise. Originally announced by publisher Ubisoft as a multiplatform effort during the 2006 Electronic Entertainment Expo, Haze debuted as a PlayStation 3 exclusive in May suffering from abysmal AI and, perhaps most surprisingly considering the studio's TimeSplitters legacy, uninspired multiplayer.

It now appears as if Free Radical will not be afforded the opportunity of redemption. GamesIndustry.biz, along with several other European outlets, reports today that Free Radical has become the latest victim in a string of high-profile studio closures this year. Citing multiple sources, GI.biz reports that staff were served their walking papers this morning after finding the UK-based studio's doors locked. The layoffs reportedly extend to both rank-and-file staff and senior-level executives.

Online reports gave no indication of what would become of TimeSplitters 4, which was officially announced in October 2007. Free Radical was also collaborating with LucasArts on an unnamed game, rumored to be Star Wars: Battlefront III. According to GI.biz's sources, the game is now being handled by fellow UK-based Rebellion, creator of 2007's Star Wars Battlefront: Renegade Squadron for the PSP.

[UPDATE] Edge Online reports Free Radicals' financial turmoil stems from a breakdown in the aforementioned deal with LucasArts. According to the publication's source, "[Free Radical] was relying on Lucas for further contracts which had been promised in some sort of exclusivity deal. Obviously that all went down the pan."

The source also claims that Haze dragged down Free Radical's efforts to find a publisher for TimeSplitters 4. "They had already started working on TimeSplitters 4, and had been for over a year, but due to the failure of Haze and the deal falling through with Lucas, they couldn't get a publisher to back them," said the informant.

The official story: As of press time, e-mails sent to several Free Radical employees went either unanswered or were bounced back.

Bogus or not bogus?: [UPDATE] The worst has come to pass. This Is Nottingham has confirmed with Cameron Gunn of Resolve Partners, a bankruptcy-resolution firm, that Free Radical has been "placed in to administration yesterday afternoon."

"We will be spending the next three or four days assessing the financial position of the company but it's business as usual, although we have asked that almost all of the employees apart from a skeleton crew remain at home," said Gunn. "All employees have been paid up until the end of December and we hope to make another announcement before Christmas or very soon thereafter, but we must stress at this stage that it's business as usual."

This Is Nottingham reports that Free Radical employs 185 people, and it was unclear how many would be out of work.