Plus, Funcom says it will reveal the future of Conan Exiles at GDC later this month.

Developer Funcom made some big announcements about Conan Exiles today regarding sales, new features, and more.

First, Funcom announced that the game sold 320,000 units in its first week on PC. The in-development Steam Early Access game costs $30, meaning it brought in millions of dollars right out of the gate. After just one week, the game has recouped its development costs so far, Funcom said.

"We are deeply humbled and very grateful for the initial success of Conan Exiles," Funcom CEO Rui Casais said in a statement. "Funcom has gone through some challenging times in recent years and seeing the game we have poured so much time and effort into gain this amount of traction so quickly is very invigorating for everyone who works here. This is just the start of the Early Access adventure and we will do whatever it takes to make sure Conan Exiles turns into a fully fledged game that has something to offer new and old fans of both Conan and survival games."

A new feature for Conan Exiles is available today in the form of modding tools. The free Conan Exiles Dev Kit allows people to create whatever they want--from small tweaks to total conversion mods--and upload their creations to the Steam Workshop for others to download.

In other news, Funcom announced that it will share more details on what's coming next to Conan Exiles during the Game Developers Conference in San Francisco; the show runs February 27-March 3. Additionally, Funcom will have a booth at PAX East in Boston, which runs March 10-12. At the show, people can play Conan Exiles and talk to some of the developers.

Finally, Funcom acknowledged today that Conan Exiles had something of a rocky launch, due in part to the higher-than-expected demand. Developers have been "working around the clock" to take care of the server issues; the servers had to be taken completely offline at one point before returning to operation.

Conan Exiles is coming to Xbox One through the Game Preview program this spring. A PlayStation 4 version is also in the works, but no date has been announced. 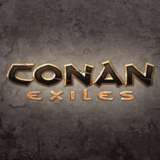