Though several retailers jumped the street date, the Xbox 360 Elite did not officially go on sale until yesterday. The new edition of Microsoft's popular console sports a sleek new black finish, a 120GB hard drive, and HDMI audio-video output. It also has a higher price of $479--$300 more than the stand-alone 120GB HDD sold separately to existing 360 owners.

Ironically, the 120GB HDD does come with a piece of equipment not included in the Xbox 360 Elite--a cable to transfer content from older 20GB 360 HDDs. This comes as no surprise, as Microsoft said the Elite would not come with the accessory when it announced the Elite back in March. The company's rationale was that the Elite is intended for consumers who hadn't purchased a 360 yet, so no transfer should be necessary.

Now, Microsoft is offering data transfer cables for free to Xbox 360 Elite owners for a "limited" time. According to a rep for the company, the offer is not in response to customer complaints but was "was always part of Microsoft's plan." To obtain a cable, though, gamers must first jump through a few bureaucratic hoops. First, they must download, print, and fill out an authorization form with both consoles' serial numbers. The form must then be sent via standard US mail to a redemption center in Indiana, which will then send out an Xbox 360 data migration kit gratis.

Once the kit is received, its cable is connected to the old Xbox 360 and the Elite's 120GB drive. Then the transfer--which can be performed only once--commences, erasing any existing data on the 120GB. Said data will then be replaced with all nonmovie content from the old 20GB, which is then itself blanked. The cable is thrown out, the 120GB drive is connected to the new console, and--voila!--the Elite is complete.

Though cumbersome, the data transfer process will likely prove only a mild headache to the tech-savvy consumer. However, some of those same key customers are voicing their frustration about a potentially maddening side effect of transferring Xbox Live Arcade Games. Said frustration has even prompted some Elite owners to swear off all future XBLA purchases.

Why all the fuss? As anyone who has ever brought a 360 HDD to a friend's house (or had to replace a broken system) knows, Microsoft's digital rights management (DRM) software ties each Arcade game on said HDD to a single console. When the HDD is removed and attached to another 360, the games are playable only in demo form unless said console is online and signed into Xbox Live. Even then, transferred XBLA titles can be played only with the gamer profile used to buy the game, not other profiles.

The widely read tech blog Ars Technica vented about the fact the DRM affects XBLA games transferred from regular 360s to Elites--even though the same person owns both. "Why can't this be something that turns on when you move the games, and then you can call and get them unlocked again?" Kuchera said. "If I bring my Elite to a friend's house that doesn't have ethernet in the living room, we can't play Geometry Wars? That's silly."

The DRM on XBLA games also affects television content downloaded on Xbox Live Marketplace--and is apparently permanent. "While all of your Xbox Live Arcade games and Xbox Live Marketplace TV shows will transfer [to the Elite HDD], you will have to be connected to Xbox Live (to verify your identity) in order to access that content," the company said in a statement. "This process is permanent and we advise [you to] not transfer your data if you wish to access it while offline."

While TV shows bought from Marketplace can be transferred to and watched on Xbox Live-connected Elites, movies rented from the service cannot. "In all cases, movie rentals downloaded from Xbox Live will not be available after content transfer," said Microsoft. "If you have movie rentals, watch them first!" 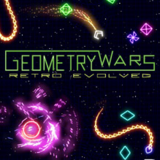 There are 812 comments about this story
Load Comments (812)