Company of Heroes 2 will run on Relic Entertainment's proprietary Essence 3.0 game engine, which THQ said will allow the developer to bring "new technological advancements" to the game.

THQ executive vice president of core games Danny Bilson also noted that the publisher will continue working on Company of Heroes 2 following its launch next year. He said gamers can expect a "strong post-launch support digital content plan that enhances and expands the product's lifecycle."

Company of Heroes 2 was outed last Thursday by scans from the UK PC Gamer magazine, which revealed the game's eastern setting, among other details. 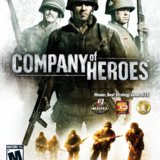