The original version of real-time strategy classic Command & Conquer, first released in 1995, is currently available to download for free from in celebration of the 12th anniversary of the series.

The game download, which is fully compatible with Windows XP, is the same version as included in the Command & Conquer: The First Decade pack.

The game, also sometimes called Command & Conquer: Tiberian Dawn, is set at the end of the 20th century, after a meteorite crash landing produces a new substance called Tiberium. Two groups, the Global Defense Initiative and the Brotherhood of Nod, fight for the control of these powerful crystals, in what escalates into a global war. Command & Conquer 3: Tiberium Wars was released in March on PC, and an expansion pack, Kane's Wrath, is due sometime in the second quarter of 2008.

A statement on the official site also promises more goodies throughout the month of September, as "each week as we plan to celebrate and remember 12 years of Command & Conquer in a number of different ways." 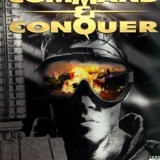 There are 219 comments about this story
Load Comments (219)