Command & Conquer: Generals 2 isn't expected to mobilize until 2013, but the franchise has movement on the free-to-play front today. Today, EA confirmed that Command & Conquer Tiberium Alliances has entered its open beta phase, with players now able to log in to the game's servers through its official website.

Developed by EA's Phenomic studio, Tiberium Alliance is a free-to-play massively multiplayer online strategy game. As the name suggests, choosing whom to trust and when will play an important role in Tiberium Alliances, as players will be pitted against one another, as well as mutant enemy forces.

EA is promising "a completely interactive and dynamic gameplay experience," with in-game social and news feeds updated in real time. In the next few months, the game will run in Web browsers and on mobile devices with support for cross-platform play.

Acquired in 2006 in the wake of its SpellForce games, Phenomic has previously made EA efforts like BattleForge and Lord of Ultima. 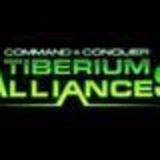