We played Tiberian Twilight's multiplayer campaign with a five-versus-five match and chatted to the game's producer.

Command & Conquer fans will finally learn the truth behind the Brotherhood of Nod and its mysterious leader, Kane, when the epic conclusion to the Tiberium saga wraps up in Command & Conquer 4: Tiberian Twilight. In addition to glorious new visuals and gameplay that focuses more on combat than resource gathering, the game has introduced three different classes with a focus on offense, defence, or teammate support. We were delighted to finally get the chance to play Tiberian Twilight's multiplayer mode at an EA preview event and spoke to the team responsible for bringing this saga to its final conclusion.

In addition to single-player and cooperative modes, Tiberian Twilight features a promising multiplayer mode. We played the five-on-five Domination mode and found it to be highly addictive, competitive, and rewarding--nothing less than what we'd expect from the EA LA team. The goal in Domination is to reach a preset number of points before the other team by capturing and controlling five structures called Tiberium Control Network nodes. After seeing Domination up close, it seems like it will be one of the standout modes in the game. Producer Raj Joshi revealed the idea behind Domination to us: "We now have this mobile crawler, which is your mobile base. You can kill your opponent's crawler, getting a big boon of points, but it doesn't end the game. It's objective based, so you're capturing these control points across the map. We're really trying to push people to use different classes and work together. So if you're playing with friends or just other people you find online, or even artificial intelligence, we're trying to make you play with the three different classes, get a balance of your strategy that way, and then go after the control points rather than just decimating your enemy's base."

Tiberian Twilight's three classes each have their own unique units, structures, powers, and upgrades. "Do I want to be the offensive class? Do I want big tanks, heavy walkers…be on the frontlines, bring my crawler up to the frontlines and support everyone?" asked Joshi. "Do I want to be defensive and hang back a little bit, build some defensive structures, [which give] the people who like to build up their bases a chance to build some structures for themselves? Or do I want to be support? Heavily aircraft-based, supporting your other players on the field and have buff and debuff systems that support classes can actually use?" While there are some common units shared among the classes, we discovered each one plays differently from the next and almost feels like its own separate faction.

We jumped into a match to run the GDI offensive class through its paces, and, true to Joshi's word, it was brimming with heavy firepower that could stand toe-to-toe with the best of NOD's forces. There's a healthy mixture of light, medium, and heavy vehicles, and each is successful against other specific sizes. Units with a machine gun, such as the medium-sized Wolf tank, are perfect for mowing down infantry, while heavier vehicles, such as the Titan MK II, are ideal against bigger units. If you fancy obliterating enemies from above or using light aircraft to rush to a teammate's aid on the other side of the map, then you're going to love this class. Longtime fans will be pleased to see the Orca make its return. This small aircraft is perfect for taking out weaker units with its light rockets, and it is one of the fastest vehicles we've seen to date. On the opposite end of the spectrum is the Hammerhead: slow, heavily armoured, and bristling with rocket launchers. One particularly interesting support vehicle worth mentioning is the ground-based Conductor tank. Rather than featuring conventional weapons, the Conductor has the ability to detonate an electromagnetic pulse to immobilise nearby enemies. It can also be upgraded with an electrolysis weapon that creates a static field to cause damage. It's this combination of units that should make Tiberian Twilight easy to learn, hard to master, and mind-blowingly enjoyable along the way.

Switching among classes during a match is easy, and while you're penalised with a cooldown period, you can keep your existing units while building units from a new class. Joshi explained how this works: "With your crawlers…you may have deployed as an offensive class. But say you're in a situation and you think that your defensive class would actually be stronger in that situation. [You can] kill off your crawler, redeploy as one of the other classes, and then come back in and play as that one. You keep your original units and your command points, and some of your upgrades that were counting toward your original crawler now can count toward your new class crawler."

Domination mode felt fresh and enjoyable, and trying to secure as many control points as possible meant that we were frequently bombarded by NOD units trying to do likewise. While formulating a strategy and communicating to teammates is desirable, it's easy to see who controls which points with the colour-coded map. We generally found ourselves rushing in to capture free nodes, helping out friendly forces under attack, and moving forward to new areas once we had enough firepower. With the unit cap shared among five players, it won't take you long to reach your own personal command limit and then roll out with a decent-sized army. If players quit early or sit idle for too long, the game will redistribute units and the cap to those left on the team.

If you don't want to focus on controlling nodes, you can assist your team by defending friendly structures or collecting Tiberium crystals. Tiberian Twilight has done away with harvesting Tiberium for cash, but collecting crystals scattered across the map and returning them to your base will earn your team valuable upgrade points. These can be spent on upgrading technology or increasing the range or accuracy of specific units, for instance. "Instead of having a static place where one harvester is going after Tiberium crystals, now you have units going after Tiberium crystals trying to take them back to their deploy zone, which just adds a new strategy in how you're actually collecting and trying to protect your Tiberium," Joshi explained. "That collection of those crystals then gives you these upgrade points that can be leveraged for teching up your army or buying new upgrades. When one teammate collects those Tiberium crystals, then all the team gets those points that they can leverage independently."

Finally, we're sure many C&C fans will want to know what's happening to the Scrin alien faction, so we asked Joshi about it. "Obviously, there are three factions in Command & Conquer. Right now we're going out with GDI and NOD. The Scrin are sneaky. No idea when they might actually end up showing up, but right now, it's strictly GDI and NOD," he said. With that cryptic response, we'll have to wait and see what the Scrin have in store for us in Tiberian Twilight.

Command & Conquer 4: Tiberian Twilight has recently been given a release date of March 16 in the States and March 19 in Europe. Until then, be sure to check out our Command & Conquer Franchise Retrospective feature and stay tuned for more information in the coming months. 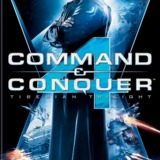