Drift with the Rift.

Legendary Pictures, the production company behind Guillermo del Toro’s giant robot versus giant monsters action movie Pacific Rim, has used the Oculus Rift to create Pacific Rim: Jaeger Pilot, a virtual reality experience that puts you inside one of the movie’s mechas.

The VR experience, which is currently being demoed at Legendary’s San Diego Comic-Con booth (#3920), was developed in Unreal Engine 4 by visual effects company Reel FX. Using original film assets from Industrial Light & Magic, it puts you inside the movie’s Gipsy Danger Jaeger (Pacific Rim’s name for the giant robots) in a battle against a kaiju (giant monster) named Knifehead.

Note that Legendary is careful to use the term “virtual reality experience” as opposed to “game,” as it doesn’t sound like Pacific Rim: Jaeger Pilot offers much interactivity. It reminds me of the Game of Thrones “Ascend the Wall” VR experience that HBO created in cooperation with Framestore. Created to promote HBO’s show, it similarly offered little interactivity, and instead just allowed you feel like you were inside the world.

Legendary hasn’t said if and when it will make Pacific Rim: Jaeger Pilot available to the public.

The Pacific Rim Xbox 360 game released alongside the movie received a bad score of 3.5 in GameSpot’s review. Legendary pictures also previously announced that the sequel, Pacific Rim 2, is set to hit theaters on April 7, 2017. 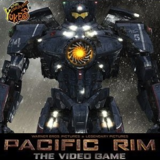