In recent weeks Nintendo and Eidos Montreal have joined Sony in the ranks of those games firms who have had security problems, and now British developer Codemasters has joined the club. The firm today confirmed that it detected an "intrusion" last Friday, June 3, and had since determined that user data had been compromised.

According to Codemasters, the compromised data belonged to users of the publisher's corporate website, the Dirt 3 VIP code redemption page, and the Codemasters eStore. Personal data including names, addresses, dates of birth, gamertags, and encrypted passwords were all accessed, according to the developer.

This is the second problem to best the Dirt 3 VIP codes, the firm's first attempt to battle the used-game market by bundling single-use codes to unlock certain features with new copies of the game. PlayStation 3 owners had previously not been able to redeem their codes because the PSN store was down and thus they could not gain the in-game benefits associated with it.

Codemasters apologised for the incident, saying it was "the latest victim in on-going targeted attacks against numerous game companies." The developer also said it was "doing everything within our legal means to track down the perpetrators and take action to the full extent of the law." 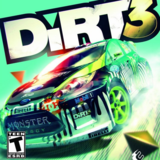