Code Vein's Release Date Has Moved, The Anime Souls-Like Will Now Launch In 2019

Fans looking for something in the vein of Dark Souls will have to wait a little longer.

Code Vein, the Bandai Namco title that is affectionately referred to as "anime Dark Souls" has been delayed into 2019. The game was originally set to release on September 28, 2018, but, according to its publisher, extra time is being spent to "ensure that the final product delivers on the expectations set amongst media and fans."

"Code Vein has received an enormous amount of positive feedback from eager fans who have received hands-on time with in-development versions of the game over the past nine months,," said Eric Hartness, vice president of Bandai Namco America's marketing.

"Armed with knowledge of how well the game has already been received, we made the decision to postpone the release of Code Vein to further refine its gameplay in an effort to exceed the expectations fans already have of the title. It was a difficult decision to make, but we feel it is the correct one."

Bandai Namco did not provide a more specific release date, other than "2019."

In Code Vein, players take control of a Revenant who exists in a world "full of vicious enemies and monstrous bosses." One of the key gameplay mechanics is extracting blood from enemies to boost your own abilities.

"Players can change their form to increase their strength, weaken enemies, and utilize new weapon abilities with overpowered attacks," Bandai Namco previously explained. "Utilizing the vast array of weaponry along with each character’s Gift, players can adapt and strategize to a variety of battle conditions that suit their play styles."

On July 9, Bandai Namco released a couple of Code Vein character trailers which provided more information the game's overall story. Code Vein will be available on PC, PS4, and Xbox One. 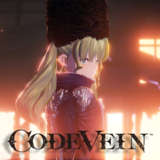