Between Streets of Rage 2, Zelda 2, and Sonic the Hedgehog 2, the last few Virtual Console updates have been replete with big names and universally recognized classics. However, this week Nintendo is digging a bit deeper into its licensed catalog, surfacing a few lesser-known titles from the Nintendo Entertainment System and TurboGrafx-16.

With disciplines that include shooting, archery, rowing, swimming, and track and field, Hudson's World Sports Competition brings 18 Olympic events to the TurboGrafx-16. The game features an Olympic mode that spans all of the events and a training mode, where players can hone their skills in preparation for the world stage in individual events. Up to five players can compete in World Sports Competition, and it runs for 600 Wii points ($6).

Rounding out this week is the TG-16 port of the run-and-gun arcade shooter Bloody Wolf from Data East. Tasked with rescuing the president from his kidnappers, players take on the role of a commando in a special forces team. Players accomplish the mission with a variety of weapons, including machine guns, knives, bazookas, and grenades. Though this version includes a more detailed story than its arcade predecessor, it lacks the original's two-player mode. Bloody Wolf is available on the VC for 600 Wii points ($6). 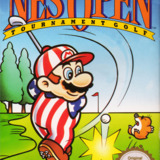