Welcome back to Avalon.

The recent trend of reviving classic RPGs isn't stopping any time soon. Back from the days when Square Enix was still SquareSoft, Romancing SaGa 2 localization releases next week.

In 2016, Square Enix announced that a PS Vita port of the game would be localized for the West for the first time. Now, on December 15, that localization will be expanded to PS4, Xbox One, Switch, and PC.

As early '90s RPGs typically go, Romancing SaGa 2 is typical of what was popular in its time. What separates it from Square's other RPGs is that it has the open scenario system. Players take on the role of the emperor or empress of Avalon, and through a series of turn-based RPG action, that character eventually withers and dies. But not all hope is lost; different abilities and features are passed on to each new heir as one character dies.

This remaster still retains the original content of the game with updated high-res visuals, and some added extras. A new dungeon, two new classes, a new game system called the Avalon Gardens, an additional scenario, and new game plus have been added. 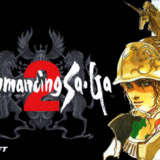