The remastered version of Wild Guns, a sci-fi/western shooting gallery game for SNES, is headed to PC later this year.

Wild Guns Reloaded, which was released on PS4 late last year, has been announced for release on Steam. Reloaded features improved visuals, two new characters (with their own unique weapons), new stages, new bosses, and support for four-player local multiplayer. There are also online rankings but, unfortunately, no online multiplayer.

Developer and publisher Natsume says this is not just the first appearance of Wild Guns on PC, but the company's first release on the platform. It's one of "several" games the company will have to show off at E3 in June.

GameSpot's review of Wild Guns Reloaded on PS4 was positive, awarding the game an 8/10. "Between the fine-tuned gameplay, the enhanced visuals and sound, the four-player fun, and the new gameplay-changing character additions, Wild Guns Reloaded is one of the best retro reissues we've yet seen on the PS4," Heidi Kemps wrote.

Reloaded launches for Steam sometime this summer. A price wasn't announced, but the PS4 version sells for $30. 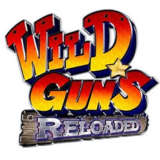