Civilization sold off to mystery buyer

In Paris this morning, Infogrames, owner of Atari and publisher of the top-selling RollerCoaster Tycoon 3 and just-released Sid Meier's Pirates!, released the earnings report for the first half of its 2005 financial year, which ended September 30.

However, tucked into the report was a bombshell: the company has sold off the rights to Civilization, one of the most successful and critically acclaimed strategy series of all time. Although Activision briefly held the license in 1999, releasing the widely derided Civilization: Call to Power, Infogrames subsidiary Atari had been publishing the series--and its numerous expansion packs--since 1996's Civilization II, and it had announced that Civilzation IV was in development last year.

In its earnings statement, Infogrames said, "After the close of the first half on September 30, 2004, the Group sold the rights to its Civilization franchise for $22.3 million, generating a onetime gain of 15.5 million euros." However, Infogrames did not identify which company bought the rights to the game, only that it had been sold. American Atari representatives were unavailable for comment, but speculation on various games sites as to the buyer's identity ranged from Activision to Civilization developer Firaxis Games. 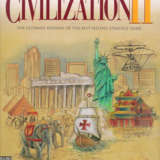