New challenges and surprises will be coming for fans of the series over the next few months.

Sid Meier's Civilization franchise is 30 years old this month, and Firaxis Games and 2K have some surprises lined up for fans of the series.

Fans can expect "challenges, fun surprises, and amazing offers" to come in the next few months as part of the anniversary celebration. Firaxis isn't yet saying what those challenges or potential new content might entail. Kicking off the festivities is a blog post penned by Meier himself to commemorate the occasion.

Meier takes the opportunity to share remarks on the "one more turn" phenomenon that often sees dedicated Civilization fans playing late into the night. He writes that great game design has certainly helped the series endure the test of time, but that it's truly the players, and the type of players, Civilization attracts that has helped form one of gaming's most celebrated franchises.

"In my opinion, it is all about what I think is a deeply human trait--the desire to create, shape, and nurture the path of humanity for the better," Meier writes. "To have the grand vision and the tools to make that vision a reality...In Civilization, you can lead your people to prosperity by waging peace, not war. Or you can create a civilization that values art and culture above everything. You can found a religion and spread it around the world, or you can take actions to slow and even prevent climate change."

Meier continues by saying that the game's 30th anniversary is a celebration of players.

"For 30 years, you, the player, have been at the center of this franchise--taking that power to shape humanity, to create a better or worse world, to be the ruler of your very own empire to stand the test of time."

Though Meier is no longer directly involved in designing new games in the franchise, he still plays an important role at the studio he helped found, offering his expertise and experience to new lead designers who carry the series into the future.

The latest entry in the series, Civilization VI, released in 2016 and has continued to receive new content. A Civilization VI Anthology, which includes all the game's expansions and post-release content, released on PC in June and is now available for Xbox One, PlayStation 4, and Nintendo Switch. 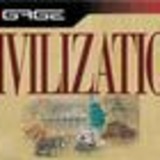