To herald the Year of the Rabbit, Asian PSN users will get to enjoy titles Castle Crashers and Peace Walker for half the price.

No doubt gamers across Asia will be getting their fair share of red packets during the festive season of Chinese New Year next week. What better way to spend it than on discounted goods online on your PS3?

Sony Computer Entertainment Hong Kong announced that it will be launching a Chinese New Year promotion on the PlayStation Network. Specific titles for both the PS3 and PSP with multiplayer components will get a 50 percent discount.

The games listed are as follows:

As an added bonus, gamers who purchase the aforementioned titles will get a SG$3 PlayStation Network red packet money voucher and a full version of Dongfang Queshan for the PSP. This bonus is given out only once, which means that gamers will get only a single money voucher even if they buy two or three of the games on the list. Gamers can also obtain a Chinese New Year dynamic theme and Spring Couplets wallpaper for free to decorate their PlayStation's main screen space.

The promotion will start on January 27 and will last until February 16. 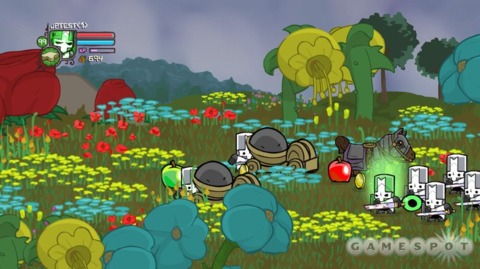