Earlier this week, Electronic Entertainment Design and Research director of analyst services Jesse Divnich made headlines for predicting a lackluster US debut for Grand Theft Auto: Chinatown Wars. Whereas other analysts such as Wedbush Morgan's Michael Pachter were predicting that the game would sell around 450,000 units, Divnich shocked many by saying that the game--one of the highest-rated ever released for the Nintendo DS--would sell only "in the 200,000 unit range." 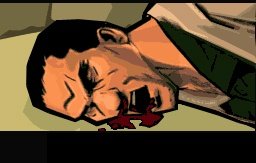 Though widely dismissed as overly pessimistic, Divnich's prediction appeared to be validated when the NPD Group released its March US Sales numbers today. They revealed that Chinatown Wars hadn't even cracked the software top 10, where the lowest-performing game, MLB Baseball 2K9, sold just 205,000 units. Given the hype behind Chinatown Wars, it was widely assumed to have finished just below that figure, despite the industry's overall 17 percent slump during the month.

Unfortunately, Grand Theft Auto: Chinatown Wars wasn't lagging just behind MLB Baseball 2K9--it was lagging far behind. According to raw NPD numbers provided to GameSpot by a source who wished to remain anonymous, the Rockstar Leeds game sold just less than 90,000 units in the US during the March reporting period, generating slightly more than $3 million in revenue. By contrast, the month's other high-profile DS debut, Pokemon Platinum, sold a whopping 805,000 units.

Speaking to GameSpot, a rep for Rockstar Games parent Take-Two Interactive expressed confidence that the game would gradually pick up steam. "We're confident in Chinatown Wars' long-term success, and believe it will continue to sell well," said the rep.

Take-Two's sentiments were echoed by Divnich himself, who underlined the fact that DS sales don't necessarily match up with the usual launch-week spike followed by a rapid decline. "It could very well bump up next month with sales of the DSi, and we are very likely going to see steady sales going out from there," the analyst told GameSpot. "It's going to sell the same month after month until the end of the game's life cycle. This is not a short-term in-and-out situation for Take-Two, it's going to generate income for them long haul."

As an example how a high-rated DS game could generate huge revenue after a slow start, Divnich held up Mario Kart DS. When it debuted in November 2005, the game sold only 222,000 units in the US, generating only about $7.3 million. More than three years on, the game is still popular, ranking eighth place on the February 2009 NPD best-seller list with 145,000 units sold that month.

There are 321 comments about this story
Load Comments (321)